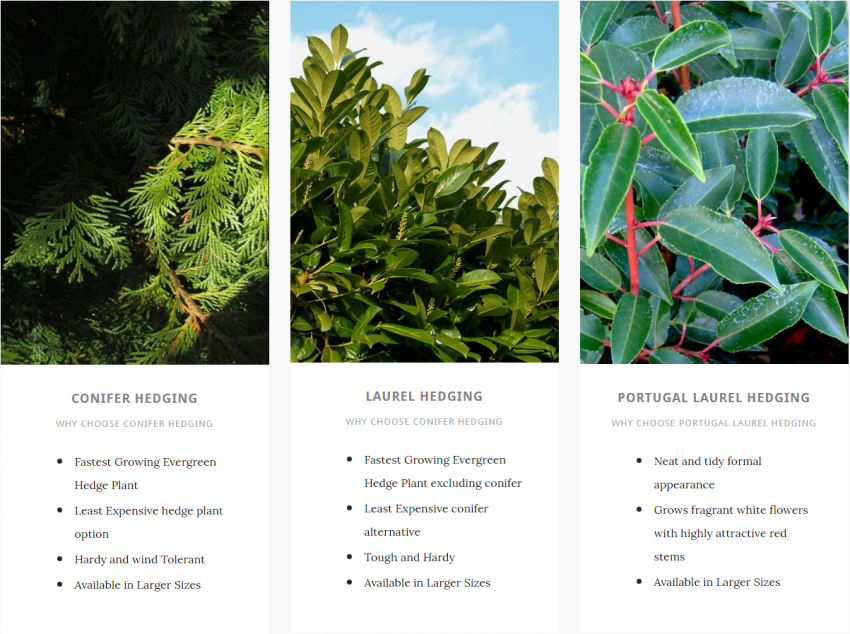 If you are considering the planting of some evergreen hedging, this article will help you know which hedging is the best for your needs!​

What Is Evergreen Hedging

Hedges that are considered evergreen hedging are hedges that don’t lose their leaves in the winter and can often grow to be very large and strong which makes them great for security, as in to be used as a potential replacement for something like a gate or fence.
​​
Another good definition is the RHS definition of A Hedge “A hedge is defined as a line of two or more trees or shrubs. The hedge is formed wholly or predominantly of evergreens (these don’t lose their leaves in winter) or semi-evergreen ones (that stay green most of the year)”

Types Of Evergreen Hedging – The Basics

​Leylandii is a fantastic form of evergreen hedging that is immensely popular due to the fact that it is the fastest growing form of evergreen hedging that is available in many sizes and is very cost effective. This hedging is also fantastic for how strong and wind tolerant it is, with the density being brilliant at filtering particles/air pollution from passing traffic.
​
To keep this dense and reasonable in multiple ways, it does need annual maintenance that consists of trimming and pruning it, if not this hedge can start to lose its density and even grow to massive heights such as 30 metres tall! Which may be useful for some scenarios but is unmanageable if being used as a replacement for a fence.

A very strong form of hedging that can be easier to maintain compared to conifer hedging, but other than the maintainability being easier and it being far more hardy, even in far worse climates, there is very little else going for it compared to conifer hedging, as while it is also fast growing, evergreen, cheap and hardy, it slightly less of all of these compared to Conifer.
​
This makes laurel hedging great for someone who needs something strong, cheap and reliable while not wanting to use Conifer hedging for whatever reason that may be.

​This type of hedging has a few small but key benefits, those being that it is available in larger sizes, it offers a neat and tidy formal appearance, and it grows Fragrant white flowers and attractive red stems. This makes it a great form of hedging for someone looking for a more visually appealing hedge in their garden.
​
Other than those specific things mentioned above, there isn’t much to really separate it from other forms of evergreen hedging, its always green hence the evergreen, and grows high enough and is hardy enough to use for security, such as a gate, or for a stunning backdrop!

As you can see, when it comes to evergreen hedging, there is a lot to know and many forms of hedging to consider, but hopefully this article has helped to point you in the right direction!​