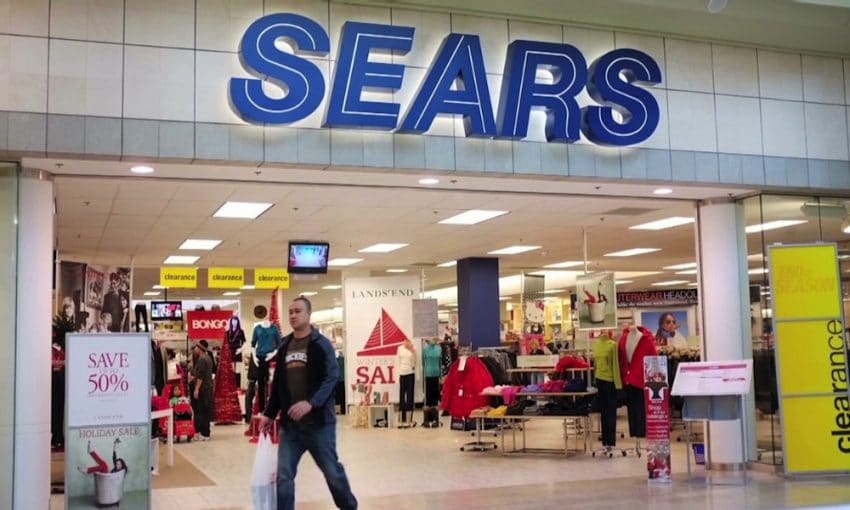 Sears, well known in the US as a huge American shopping retailer that once ruled the American Mall, had filed for Chapter 11 Bankruptcy earlier today. Sears holdings, the parent company for the retailer, who also owns KMart, was the entity that filed, meaning an end for KMart also.

The rising competition from online retailers such as Amazon, which has become a huge issue for many high street retailers, along with the crippling $5 billion+ dollar debt the company currently faces, have been attributed as the reasons for the shut down. With the firm filing for bankruptcy after reportedly not having the money to pay a $134 Million dollar repayment that was due today, with the filing itself allowing for them to postpone the obligations to pay this debt, allowing them time to liquidate assets to be used to pay off that debt.

“Over the last several years, we have worked hard to transform our business and unlock the value of our assets…While we have made progress, the plan has yet to deliver the results we have desired.” – Eddie Lampert, CEO, Sears Holdings, in a statement regarding the financial restructuring.

Currently, Sears employs nearly 90,000 people, who will all have to consider looking for other jobs in the days to come. Before being taken over by Walmart, Sears was actually the largest high street retailer in America, with its heyday boasting more than 250,000 employees over more than 3,000 stores.

Announcing its bankruptcy filing, Sears also said it would close 142 unprofitable stores by the end of the year, on top of the previously announced closure of 46 stores by November.

The lack of investment in local stores is what some analysts and economists are saying was a major problem that eventually left Sears on the verge of (and now currently in) bankruptcy.

“That a storied retailer, once at the pinnacle of the industry, should collapse in such a shabby state of disarray is both terrible and scandalous… The brand is now tarnished just as the economics of its model are firmly stacked against its future success.” –  Neil Saunders, GlobalData Retail, on the diversification that lead to the tarnishing of the brand…

When the company was founded in 1886 as a mail order catalogue business, that then quickly expanded into physical stores all over the USA, quickly becoming the top supermarket, things were looking bright and on the rise!

This constant rise in profitability quickly halted in the 1990’s due to increased competition from other, low cost supermarket chains such as Walmart, with Eddie Lampert’s hedge fund ESL Investments having to step in and take a stake of Sears and combine it with Kmart in 2004 in an attempt to restore profitability. Despite this, Sears never went back on the rise, with massive losses year on year with revenue crashing into the ground. in 2014, they had 1700 stores, this is down to 860 as of August, with the bankruptcy eventually leading to shutdown across the board.

So how do you think this will effect the supermarket market in the USA? Let me know!